Hello world! Did you miss me? I’m guessing not since I had a scheduled post like 2 days ago, but the real posts will be flooding in once more.

I would like to welcome you to TIP Life, the post series that explores my adventures in the second happiest place on earth (yes I said it).

I just flew back from North Carolina and boy are my arms tired! Okay, just read the post.

The TIP program I went to was a 3 week Summer Studies course where you pick a class, go to JUST THAT CLASS for 3 weeks, and learn about all the interesting stuff that that class entails. Also you do fun evening activities, events, and basically live at college. My college was Wake Forest University in Winston-Salem, NC.

When we got to the campus, I felt energized, happy, excited, and terrified. We unpacked my clothes and toiletries, said awkward hellos to my RC group mates (RC stands for residential counselor, not Riley Chapman) and then my family left. This was a 3 week program so I was sad to say goodbye for so long, but as soon as they left I practically forgot they existed until I called them the next night.

But my room. OH, my room. I had been told that the accomodations at WFU were nice, but they were still wonderful. Huge rooms with only one roommate, two closets , two chests of drawers, a sink, and a fine bathroom that connects to suite-mates. roommates and suite-mates are a variable which I will not get into here, but they were fine and it was nice to have some reliability to wake me up when I inevitably slept in.

Now you may be thinking Jamie, your camera must be amazing. What is it? Were can I buy it? Do you have a referral link in the description? If so what percent do you get? How long is the link valid? What if they sell out and restock? Will the link be busted?

Well to all of those questions, the answer is:

I apologize in advance for this series’ lack of pictures. I had been advised to take pictures and I took some, just not a lot that pertain to specific things. So stock photos of Wake will have to do for most of this series. But I know everyone reading only reads for my cunning pros and my witty political satire so I won’t sweat it. *sarcasm*

But I made some friends, subsequently found out they wouldn’t be in my RC group, and drifted away to read, watch YouTube, and play Nintendo Switch (because of course someone brought a Nintendo Switch) until dinner time. At which time we went to dinner. A twist ending if there ever was one.

After dinner we went to an orientation and then went back to Luter. At which point I realized I left my button up at the dining hall. This is the first entry into the Jamie Loses Everything List, which will be updated frequently as the series continues.

We got back to Luter, hung out, and were generally having a swell time. Until.. 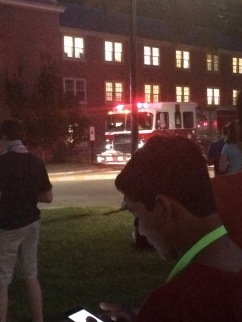 Yes, less than 24 hours in to camp and the fire alarm went off. Stranded outside with just my phone and no headphones (practically dying), I learned just how the fire trucks were summoned to my residence.

or to be more specific this 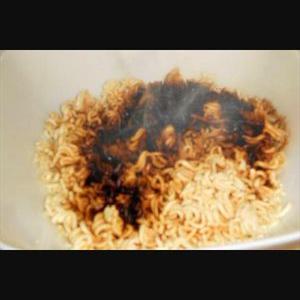 Basically a kid put Ramen noodles in the microwave (foreshadowed in paragraph 3) and put a towel over the top of the container. Maybe he didn’t see the ‘paper’ when he read the instructions saying to put a ‘paper towel’ on the cup of noodles.  Maybe he thought that if a paper towel got the job done well, a REAL towel would get it done fantastically.  Or maybe he simply wanted to mix it up a little bit. Whatever the case the towel started smoking and the fire alarms were triggered.

Later I went to sleep listening to my sleep playlist, to which I will be adding one song each TIP LIFE episode.

And on that note TIP LIFE Episode One comes to a conclusion. If you read this whole post, tell me what your favorite type of noodles are in the comments!

That concludes this, and as I wept into my pillow when I learned the fate of that Ramen: 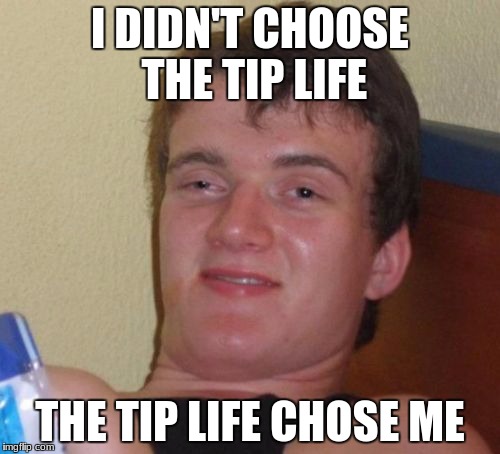 9 thoughts on “A Night to Remember-TIP LIFE Episode 1”